Dale’s Delicacies is a celebration of food, fun and family. Lifelong cook Dale H. Koehler shares her knowledge and passion for simple home cooking . . . with a twist. These Old World recipes are completely revised for the modern cook and include essential tips and tactics for tackling—and conquering—ethnic cooking in all its delectable forms. Includes long-coveted recipes for German, Italian, Mexican, Polish, Chinese and many other ethnic dishes, as well as mouthwatering American fare. Dale’s Delicacies is a tribute to the new, modern cook, the learned chefs, and the culinary explorer in between.

Let Dale guide you through such sought-after recipes as authentic Sauerbraten, Cream of Mushroom Soup, her famous cheesecake, and many other culinary achievements. Dig in!

Hey all you foodies out there! The latest craze in baking is the Artisan No-Knead bread! It’s called “The Singing Bread” because it crackles (Sings) when it comes out of the oven! Trying it out today and will keep you posted! Still working hard on my new cookbook and I’m almost there! Whew!

Hey all you Foodies! It’s been a while. I’ve been gone with health issues, but it’s not gonna get me down for long!

I’ve been working hard on my new cookbook and I have a little more to go. Plus, with testing the recipes, taking pictures, it’s been time-consuming. Made Linzer cookies today and I must say, they sure came out yummy. Check them out! I wish each and every one of you could sit down with me and have coffee and cookies! I’ll keep you posted on my progress!

Hey, Cheesecake Lovers, finished decorating the Will You Marry Me? cheesecake. We had a lot of fun making the homemade chocolates, wallowing in whipped cream, eating the candy sharks and lobsters. I do believe we got carried away when it came to decorating the cake. Chocolate palm trees and sea shells were everywhere! Well, by the time the edible glitter dust settled, I know we overdid it! I figured I’d post the picture anyway. I’ll tell you one thing, though, it sure tasted delicious!! Didn’t last long, either! This is a lesson in moderation. Unfortunately, I do not seem to have any control whatsoever when it comes to cheesecake! I’ll try to curb myself next time. Happy baking!

This Saturday is going to be Fun Day! My crew and myself are going to make the chocolate candies and decorate The Will You Marry Me? cheesecake. It should be a lot of fun! There’s nothing like relieving stress by candy making and cake decorating. I have so many ideas rolling around my brain for decorating unique cheesecakes, I make myself dizzy! Please hang on, I’m almost ready to sell. I know a lot of you cheesecake lovers have told me to hurry up and sell already! I read you! Don’t forget to contact me if you have your own ideas of what you would like to see. Happy baking!

Hey, cheesecake lovers! Hope you’re having a really good day today! Sun is shining and spring’s on the way! What about your nights? Indulge your fantasies imagining tasting one of my cheesecakes! Let the creaminess roll around in your mouth and slide down your throat to complete satisfaction. Who needs stress when we have awesome cheesecake! Life is worth a little indulgence because you’re worth it!

Hello, cheesecake lovers! Every day is a learning experience! It is very satisfying to learn new techniques and develop new ideas for my cakes. I recently learned how to make chocolate shoes! Since I have a shoe fetish myself, I can not only wear shoes, but eat them, too! Can’t have too many shoes!! My shoe fetish cheesecake will be on this site soon, too. Just waiting for my molds to come in. If you like shoes, we are sisters and brothers in fashion sync. So, put your best foot forward and Happy Baking!

Today I started the chocolate designs for the top of my new cheesecake. The Will You Marry Me? cheesecake. I think they came out quite nice. This will be out soon. Been working on how to make buttercream roses, too. This is new to me, but I hear practice makes perfect. Have an idea for an Easter cheesecake, too. I’ll be ready to sell soon, so all you cheesecake lovers can enjoy a little bit of heaven! If you have any favorite cheesecakes that you would like to see in my gallery, please let me know. Happy baking!

Welcome Lovers of Cheesecake! Let me take you on a little journey of the how’s and why’s my cheesecakes came to be. About twenty-five years ago, I lived in an area that literally did not know how to produce a decent cheesecake. I’ve had cheesecake that tasted like cardboard, fluff, or, if you closed your eyes, nothing at all! What I was looking for was an excellent New York Cheesecake–a full-bodied, creamy, delicious real cheesecake made with real cream cheese to die for. That’s when I decided to create my own. After I designed my cheesecake to my specifications and discerning tastes, I decided to share them with you, because, simply put, we’re worth it! My gallery contains a few of my personal creations. Every day in my test kitchen I have plans for more! Why? Because you can’t have too much cheesecake!

Soon I plan to launch my own business, so sign up for updates and stay tuned!

Get the book now! 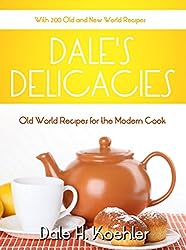